New York: 1962-1964 uses the Jewish Museum’s influential role in the early 1960s New York art scene as a jumping-off point to examine how artists living and working in New York City responded to the events that marked this moment in time.

During the timeframe explored in this exhibition, epoch-changing events—such as the Cuban Missile Crisis (1962), March on Washington for Jobs and Freedom (1963), and the assassination of President John F. Kennedy (1963)—fundamentally altered the social and political landscape of New York City, and the nation. An unprecedented economic boom broadened the array of available consumer goods, and an expanding media network introduced new voices into increasingly urgent conversations about race, class, and gender. Emerging in this context, a generation of New York-based painters, sculptors, dancers, filmmakers, and poets rose to prominence, incorporating material directly from their urban surroundings and producing works that were as rich and complex as the city itself.

In conjunction with New York: 1962-1964, the Jewish Museum is partnering with Film Forum and Film at Lincoln Center. From July 22 to August 11, Film Forum presents 1962…1963…1964, which includes 35 films that showcase a moment in movie history that saw the last gasps of the Hollywood studio system. From July 29 to August 4, Film at Lincoln Center presents New York, 1962-64: Underground and Experimental Cinema, focusing on a rich period of truly independent cinema.

This is the last project conceived and curated by Germano Celant (1940-2020), the renowned art historian, critic, and curator. The exhibition and accompanying book have been developed by Studio Celant according to Celant’s curatorial vision in close collaboration with the Jewish Museum: Claudia Gould, Helen Goldsmith Menschel Director; Darsie Alexander, Susan and Elihu Rose Chief Curator; Sam Sackeroff, Lerman-Neubauer Associate Curator; and Kristina Parsons, Leon Levy Curatorial Assistant. The exhibition is designed by Selldorf Architects. It will be accompanied by a 350-page catalogue developed by Celant and designed by Michael Rock from 2x4. 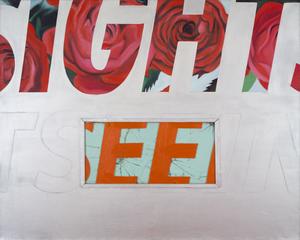